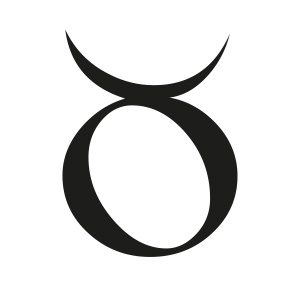 Glyph
The Taurus glyph represents the horns of a bull symbolising the ability to gather, receive and stabilise energy. The bull, an ancient symbol of fertility and abundance, was a central figure in fertility rites and initiations, and also symbolised the victory of humanity over its animal nature.

Astronomy
Taurus is an easy constellation to see because of its well defined V-shape near Orion and the Pleiades star cluster. The bright star, Aldebaran, an orange giant, depicts the eye of the bull. The Pleiades, a beautiful open star cluster, is often called the Seven Sisters and forms the bull’s shoulder. The Hyades, a more spread-out open star cluster, forms the bull’s head. In both the northern and the southern hemispheres, Taurus is best seen when the Sun is in Scorpio in themidheaven at midnight during October and November.

LIMITED TIME 20% OFF Best value Astro learning, take your astrology to the next level!