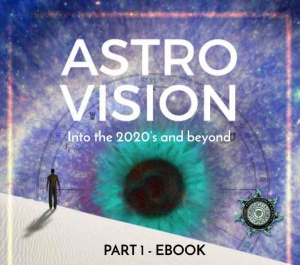 MYTHIC ASTROLOGY- Archetypes in the Horoscope

MYTHIC ASTROLOGY – Archetypes in the Horoscope.
If there is one book the C*I*A would recommend for your first book as you commence learning astrology.

Mythic Astrology encourages you to embark upon a journey of self-discovery based on understanding the mythic archetypes represented in your astrological birth chart. Discover your own personal mythology and explore your connection to these astrological archetypes. Learn the original ancient stories of the gods and how they changed over time and across cultures. Mythic Astrology also includes the mythology and influence of the major asteroids and Gaia (Earth). Written in lively, accessible language, this book is a valuable resource for any student of astrology.

ARIELLE GUTTMAN Arielle began her formal studies of astrology at The Academy of Astrological. Studies in San Diego, California in 1974. She has lectured with many astrological organizations throughout the country, including SWAC, ISAR, NCGR, NORWAC, UAC, AFA, and served as past Research Director for the San Diego Astrological Society. She was instrumental in the formation of many local educational outlets for astrology while residing in Santa Fe, NM between 1989-2015. Her love of astrology as connected to mythology is reflected in her many visits and tours to Greece, close to twenty, over a span of several decades.

Kenneth Johnson began his study of astrological traditions in 1973 in Amsterdam, Holland, and obtained his B.A. in Comparative Religions from California State University Fullerton in 1978. After finishing his M.A. in Eastern Studies (with an emphasis in Classical Sanskrit) at St. John’s College, Santa Fe, New Mexico, he lived in a traditional Mayan community in Guatemala from 2009 until 2013. In 2008, his study of the Mayan Calendar, Jaguar Wisdom, was reprinted due to popular demand, and his study of the ancient lunar zodiac of India, Mansion of the Moon, was published in 2002

PART I:  THE PLANETS AND ASTEROIDs