This webinar is now over, but can be purchased as a direct download link

Sagittarius/ Gemini : The Divinity of Diversity – Out of One, Many!
The image that came when Patricia contemplated this transit – a Centaur shooting a single arrow straight up into the night sky, and many arrows falling back down to earth like shooting stars. The concentrated focus of the Archer is now open to new possibilities! As the lunar nodes transit into the mutable signs of Sagittarius (Synthesis and Singularity)/ Gemini (Diversity and Plurality) we can begin to shake off the dust of the crumbling structures around us and what limited us in the past (Capricorn) to rediscover what enthuses us and the diverse ways it might show itself now.

What have you aimed for in the past that might present new opportunities?
How is your authenticity and personal truth evolving?
What new learning can expand your horizon?

We will explore the transiting nodal axis through keywords that you can apply to the relevant houses in your natal chart.

I was initiated as Agent 999 in the glorious outback at Star Camp 2013. The number 9 represents completion, a culmination of all that went before it, prior to initiating a new cycle at 10 (or 1). Repeated in triple, it resonates with the three levels of the cosmos and human psyche. My main work in this life is to help others (and myself) bring long standing Karmic Complexes to resolution thus to serve the impulse of evolution within the core of the soul.  My South Node and this North node are at 0 degrees, which in the form of astrology I do, Evolutionary Astrology, also represents culmination of a karmic cycle. I knew this since I was young, and yes as they say, we often teach what we need to lean. My inner teachers told me when I was in my 20’s “This life is like a period at the end of a very long sentence”.

In 1999, I immersed myself in regression work studying with one of the pioneers of regression as a therapy, Dr. Roger Woolger (author of the seminal work ‘Other Lives, Other Selves’). Upon completion of my training in 2001 Roger asked me to teach with him, which I started doing as an assistant for 2 years and then became the Chief Trainer for the US program in 2003.  Roger and I taught in the US and internationally from 2003 till he passed in 2011 and I continue as head of the professional training program in the USA, Canada and Australia.  Through the course of my involvement in Deep Memory Process ®, and having worked on over 250 of my own past lives in regression and guided several thousand sessions,  I am on my way to achieving my souls mission J But the story doesn’t end there….. In 1994 I came across Jeff Wolf Green’s book “ Pluto The Evolutionary Journey of the Soul”, and felt like I had come home. Prior to that, since my late 20’s I had read the psycho/spiritual astrologers but no one had put together such a penetrating and complete view of the soul and its evolution, and karmic conditions in astrology. I was hooked and started to study personally with Jeffrey when I moved back to the USA in 2000 (I was living in Germany at the time). I was fortunate to attend the last school he taught personally before he retired and graduated as an Evolutionary Astrologer in 2007. Starting in 2003, I undertook several years of research combining regression therapy and Evolutionary Astrology which resulted in a book ‘Understanding Karmic Complexes’ published in 2009. Putting my Sagittarian Sun and Gemini Moon to work ….I have been lecturing on and teaching astrology internationally since 2005, frequently giving keynote and regular lectures as well as pre and post conference workshops. Some places I’ve lectured include, NORWAC, UAC, ISAR, SOTA, Various NCGR chapters, Various Astrological Societies,  Balkan Astrology Conference (Serbia), Edmonton Astrology Conference (CAN), Romania, Vancouver, London an 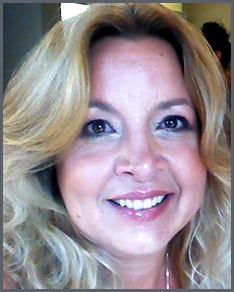 d Australia (C*I*A Star Camp 2013 and 2014. Private sessions available in Sarasota FL. Also, check my workshop schedule, I travel regularly, if I’m in an area near you, I may be able to schedule sessions. Astrological consultations can be done by phone or Skype.