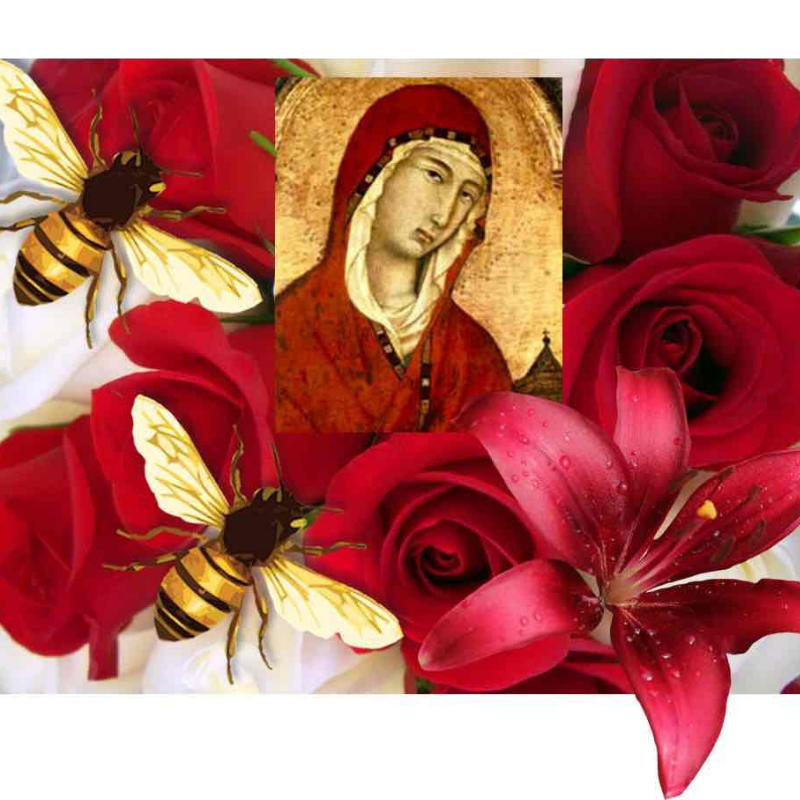 Laura Boomer Trent presents an astrological overview of the enigmatic Mary Magdalene as a daughter, beloved sister, wife, devotee, Myrrh-bearing priestess, (tantric) healer, and whore: a role she held according to Western Christianity for 1500 years. Latterly she became a Saint, as well as serving as inspiration for generations of romantics, artists, women, and Knights of the Templar. Interestingly, Orthodox, Coptic and Lutheran Churches have always venerated ‘The Magdalene’.

With the revelation of the Dead Seas Scrolls, when lost gospels came to light in the mid-20th C, Mary’s reputation as First Apostle was quietly restored. Still Mary Magdalene’s spiritual message continues to fascinate and grow. Hidden in plain sight, she symbolically reveals her mysteries as the Black Madonna, Sacred Goddess, and Spiritual Teacher.
Also in this presentation we explore the emblematic sacred geometry associated with her name, as well as The Magdalene’s astrological signatures in the horoscopes of those who have also played her, in film and on stage, to discover just what astrologically attracts us to this mysterious, towering lighthouse of womanhood. 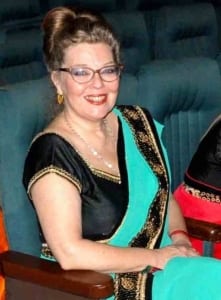 Laura is a professional astrologer with over 30 years of experience, coming from an arts background and an earlier career in film & television. Since studying at His Holiness the 14th Dalai Lama’s ‘Tibetan Medical & Astro Science Institute’, in India (‘96-97), Laura integrates ancient Eastern healing arts: Tibetan, Chinese and Indian – astrology, yoga, tantra – with Western psychological and esoteric astrology and spiritual metaphysics. Laura’s heart Guru was the late Kalachakra Master, Lama Kirti Tsenshab Rinpoche, holder of the Stainless Light lineage. It was he who advised Laura to work with astrology from a spiritual and global perspective.

Thus viewing the horoscope through a Buddhist lens, Laura runs an established astrological consultation practice, both counselling & coaching. She also offers bespoke astro-intensives in Southern France, where she also shares and explores her fascination with the Divine Feminine, including and most especially Mary Magdalene.

Laura also teaches, mainly in London, UK. She recently presented at the Krishnamurti Institue for Astrology & Vedic Cultural Wellbeing in Kolkata, India; and lead the ‘Celestial Secrets’Retreat for the Cosmic*Intelligence*Agency in Australia.

To currently align heart-mind and body with the heavens on the interwebs – and raise a universal vibration of loving kindness, wisdom and compassion, Laura’s Full Moon reports are shared with the C*I*A and on ‘Astro Dakini’s Dharma Stars * Spiritual Astrology’; her blog provides  an extensive resource of philosophy, astrology, and magical wisdom teachings that inspire, illuminate, and empower.

Past media credits notably include Channel 4’s ‘Astrology Show‘. Over the decades Laura has pioneered astrology in various forms of media; she has also edited, written and contributed to various websites, magazines, radio, TV & books.

Astro Agent Dakini #87 * aka Laura Boomer-Trent can be reached at: AstroDakini.co.uk