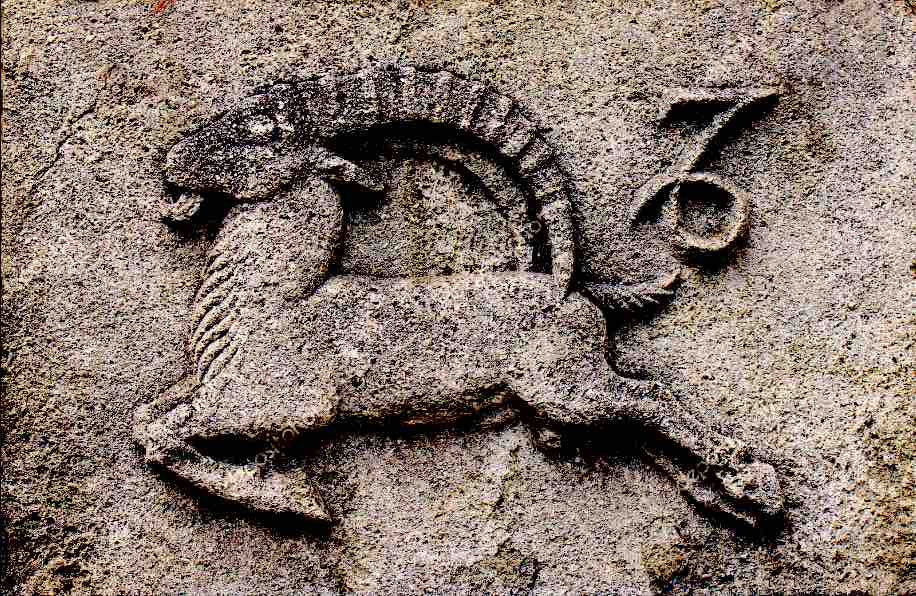 Capricorn: Bringing up the Bodies

Saturn represents the view from the graveyard, and when Saturn, Mars and Pluto meet in Capricorn in 2020, it is time to ‘bring up the bodies’. We find ourselves in a time of disclosure and revelation, take a deep breath, the good news is, this is when collective awareness can begin to transform itself into consciousness.

With Pluto in the last decan of Capricorn we are starting to get a clearer picture of how his qualities are expressed through this powerful, mid-winter sign, and he has certainly earned a few new epithets: Pluto ‘The Great Usurper’ & Pluto ‘The Transgressor’ are two that spring to mind. Donning his crown of invisibility, Pluto has navigated the corridors of power, and snatched some glittering prizes along the way. Donald Trump taking the Presidency? The UK to Leave the EU? In some ways we – the collective – are like Persephone, left wondering what happened to the old life. Since Pluto entered Capricorn, there have been rumblings in the deep and we shouldn’t be too surprised that subterranean shifts have taken place. Signs are on an axis, and the sign opposite Capricorn on the zodiacal wheel is Cancer a Moon ruled sign. In mundane astrology the Moon relates to the people, we the people, US.

Capricorn exemplifies the power of the Establishment, that massive machine we call the system. Pluto in Capricorn epitomizes the power of individuals within a system, who have the ability to disrupt and influence its behaviour. Donning the helmet of invisibility, we often don’t know who these ‘influencers’ are, yet we do know they are psychically in-tune, often highly manipulative, and capable of directing powerful energy towards certain desired ends. With the sticky web at their disposal, these are the Spin Doctors XXL. (Steve Bannon, chairman of Trump’s election campaign, born under a stationary retrograde Pluto in Leo, a heavy weight if ever there was one, especially so since Saturn is unaspected in Scorpio. Or Dominic Cummings, who led the ‘Vote Leave’ campaign in the 2016 UK,  referendum and coined the powerful slogan ‘Take Back Control’, with Sun conjunct Neptune in Sagittarius, opposite Saturn in Gemini.)

Pluto in Capricorn has brokered a profound and deep understanding of the psychology of power and its new and varied networks, aimed at exploiting our infantile (Moon) behaviour and often barely conscious needs. Working simultaneously through the Cancer axis, Pluto is currently being applied to galvanize and awaken powerful collective feelings of discontent. This stirring has created dangerous toxic cocktails, such as populism, and having sipped on that heady fluid, we stumble half-drunk into unchartered territory. Pluto being Pluto – the energy being released, through the Cancer axis is disruptive to the social fabric of society and is already changing the course of history. One particularly powerful psychological trigger is the idea that ‘WE the people can take back control’, of our borders, of our jobs, of our threatened way of life, etc… What we are witnessing across the globe is a rising stoked up by burning feelings of resentment at perceived injustices within the current economic system, and dissatisfaction with and disillusionment in many institutions. Just some weeks ago a group of leading European intellectuals published a letter in the Guardian newspaper, stating,

‘We must now will Europe or perish beneath the waves of populism … ..vulnerable to the increasingly overt manipulations of the master of the Kremlin, Europe as an idea, as will and representation, is coming apart before our eyes.”

Some Neptune in Pisces metaphors in there too!!

Though the sentiments expressed in this letter are noble, in my opinion the writers fail to acknowledge that for many of its citizens – Europe isn’t working. Across the world a yawning divide is opening up between the intellectual elite and a large portion of the population and a revolution of ideas, values, and of principles is taking place. This revolution will come to maturity when Pluto enters Aquarius. But to make some sense of what is happening now from an astrological perspective we need a ‘bird’s eye view’ and an important horoscope in this respect, is that of the conjunction of Jupiter and Saturn in Libra in December 1980, which I argue elsewhere is the mutation conjunction of Jupiter/Saturn into the element air. (See my CIA article over the Age of Aquarius). The term ‘globalization’ came into use around this time.

‘Economic globalization refers to the increasing interdependence of world economies as a result of the growing scale of cross-border trade of commodities and services, flow of international capital and wide and rapid spread of technologies.’

It is worth noting that the emergence and naming of this new economic model coincides with the inauguration of President Ronald Reagan (Jan. 1981). Interestingly, it also coincides with the launch of MTV which saw the merger between popular culture and corporate sponsorship. In many respects, MTV successor is YouTube. In the 1980’s MTV’s omnipresent play of music videos, advertising cultural products, fashion apparel, etc. created and fuelled global demand for these products.

In March 2020, the South Node, Moon, Mars, Jupiter, Saturn and Pluto conjoin in Capricorn. This will be followed on Dec. 21 2020, by a conjunction of Jupiter and Saturn in zero degrees Aquarius, the conjunctions of Jupiter and Saturn then remain in air until 31 October 2219, when the shift to the water element occurs. Astrologically speaking, a period of roughly 240 years, which focussed on our relationship to the earth and our ability to exploit its riches, is officially over. As a fish floundering on a river bank, there will be convulsions. I think that we now need to be mindful not to throw the baby out with the bath water and to be aware of what we have learned during this 240 year period. The earth series of conjunctions re-introduced us to the full power and potency of the Earth as a living being, it re-established the pagan, freed up the feminine, the lusty, the physical and the organic. Air is abstract, clever, skilful but also cerebral, and as we make the definitive move toward air, we need to remain connected to the power of Earth if we are to remain in contact with the real and not become void, sterile and empty of touch. Capricorn is the last of the earth signs, and it seems fitting that the slow march of the outer planets through this sign, which started in 1984 with Neptune, should culminate in such a stunning way, in 2020 in this solsticial sign. Solsticial signs mark important turning points and in so many ways, I think we are reaching one.

1-This is a legal phrase, used in Tudor England. It is the command issued by court officials instructing them to deliver to their trial men who, are accused of treason, and are therefore regarded as already dead.

2-Boskov, T., ‘Globalization, Trade and Business’ (to be found online)

3-See: Steve Jones, MTV: The Medium was the Message (to be found online) 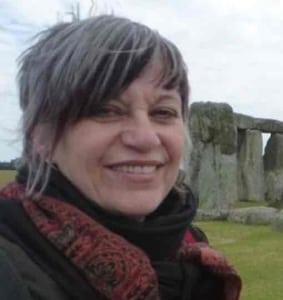 Liz Hathway is a Welsh born astrologer currently based in Amsterdam. Liz became interested astrology at secondary school. Initially an autodidact – Liz later studied at the Cosmos (in Amsterdam), she holds the diploma of the Faculty of Astrological Studies (London), the horary diploma (John Frawley school), and also holds an MA with distinction, in Cultural Astronomy and Astrology, University of Wales, Lampeter. Liz has lectured nationally and internationally, most recently at the Astrological Association Conference ‘Diamonds in the Sky’ (2018).

Liz has a YouTube channel (Astrovizier) and her new website (www.lizhathwayastrology.nl) is currently in the making. Liz has a busy practice in Amsterdam. Her mainly Dutch language blog – has been earmarked by the Koninklijke Bibliotheek (Dutch National Library) – for preservation for future researchers into social and cultural history.

Liz is passionate about ALL astrology – but has a special interest in mundane astrology. An independent researcher, she is also interested in rituals, sacred space, magic and transformation.