Re-Claiming the Fish: Saturn and Capricorn in the Age of Aquarius. 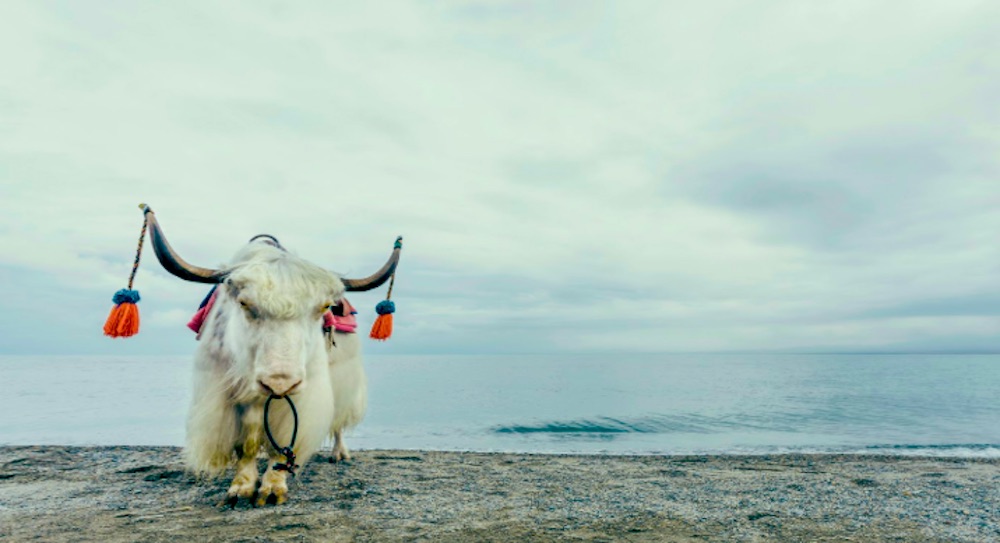 In Astrology, the sign of Capricorn is said to be a feminine sign, and both the sign and it’s ruler are represented by the sea-goat which is a creature of impossibility with the front half of a goat and the tail of a fish.

Over millennia of Patriarchal rule and conditioning the planet and sign has lost it’s yin qualities with the sea-goat becoming a goat alone much of the time and Saturn and Capricorn being said to represent the Father amongst other things. Saturn and Capricorn have been spoken of in Astrology as harsh, cold and unloving and this article challenges that as being a reflection of the patriarchy itself.

Saturn, the planet is named after a male deity, traditional ancient astrological technique of sect described Saturn as diurnal, which is usually seen as more masculine. And yet, Saturn and Capricorn are earth energies which is traditionally feminine.

However, the universe is essentially neutral or genderless. It’s the language of Astrology and humankind that has assigned polarity in our search for certainty. In my new book, to be published early in 2020, I invite readers and students of Astrology to, and I quote Astrologer Jason Holley here in the Mountain Astrologer who informed some of this thinking, “embrace multiplicity, non-linearity, and uncertainty” in Astrological language as we move into the Age of Aquarius and as science itself moves further into Quantum wave and entanglement theory.

I can’t go into more detail yet because of contractual obligations with the publisher but I want to talk about the sea-goat myth in terms of reclaiming that sense of multiplicity and genderless Astrology. After all, we cannot see the gender in the Astrological chart itself.

As I write this Saturn has just stationed direct at 13 ̊ 54′ Capricorn, and will retrace his Retrograde steps to 20 ̊ 31’ where he stationed Retrograde on April 29th, and is approaching another conjunction with the South Node before moving towards the transformational conjunction with Pluto on Jan 12th 2020 at 22 ̊ Capricorn and, days later, squaring dwarf planet Eris in Aries.

Additionally, both Saturn and Pluto are being occulted by the Moon, ruler of the Cancer North Node every month this year other than January and December for Saturn as November gets two occultations and January for Pluto. This means their energy is literally being eclipsed by the Moon and Eclipses are re-sets. Saturn’s own South Node is also at 18 ̊ and Pluto’s South Node at 19 ̊ Capricorn so Saturn will also be transiting over these points before meeting Pluto and squaring Eris.

Then we also receive the news that twenty more Moons of Saturn have been discovered meaning Saturn is now known to have a total of 82 Moons, flying past Jupiter’s 79. New discoveries like this always shift the energy of a planet in our collective psyche. I would suggest that this, alongside the occultations, is softening Saturn’s image in our consciousness.

The convergence of all these factors is hugely transformative and a big shift away from old rules and ideas.

It’s my belief that all these Astrological events are inviting us to re-visit and eclipse the patriarchal ways of looking at and speaking about Saturn and Capricorn. This also means that we are being invited to re-visit and eclipse the patriarchal world our perceptions and words have created. In turn, this will ripple out just as wave theory does to change our language about all of Astrology.

What of the sea-goat myth? How can we learn from that in this re-visiting?

The primary sea-goat in Greek mythology is Pricus, an immortal ruler of time created by Cronos, the God of time, son of Uranus and a Titan from the Greek mythological pantheon.

We must, of course, remember that myths are also created by man to order and explain the universe and aspects of humanity and the Greek civilization was in itself patriarchal in nature.

Pricus had children who were in his image and who were able to talk and these children were drawn to the land. However, being on the land caused them to turn into goats and lose their powers and intelligence. Pricus attempted to stop this and turned back time to bring them back but they kept returning to land. Not wanting to be a lone sea-goat, Pricus begged Cronos to let him die but Pricus was immortal so unable to die. Instead, Cronos cast Pricus into the stars as the Capricorn constellation so that the lone sea-goat could watch over all his children.

Like all myths, this is based on more ancient myths from the sands of time when myth was carried down in the oral tradition and Capricorn mythology in ancient Sumeria as associated the the God Enki, the God of water, knowledge, and creation. In Babylonian times Capricorn was described as fishtailed Ea who was the “Antelope of the Sea” and who watched over the land but lived in the ocean at night so never lost the energy of the ocean, as the more modern patriarchal sea goats did. In these ancient mythologies, Capricorn was seen as the gate of death with the opposite sign, Cancer, being the gate of birth.

It could be said that the Greek Pricus myth itself reflects the loss of, or deliberate erasure of, the night energy under the patriarchy. I use the term night for what has been spoken of as feminine, energy in our society. The patriarchy has demonized and sidelined all that is not day, outgoing, and what has been seen as masculine. The loss of powers experienced by the sea-goats as they rejected the water reflects the loss of essential powers within each of us under the patriarchal structures and language we have lived under for millennia. Though interestingly, in other myths, the goat actually suckled Zeus as a baby, and Zeus or Jupiter is the King of patriarchal pantheons moving forward as he took down the ancient God of time.

The occultations of Saturn and other aspects of Saturn in the sign of rulership are asking us to reclaim the seemingly impossible nature of the sea-goat in my opinion. We are each both goat and fish, both day and night, both land and sea. We all inhabit both realms. We each are born and die. There are no opposites and polarities even though our human need to make sense creates this separation because everything is connected in entanglement and cycles and waves.

Like the cycles of life and death, Capricorn and Cancer work in tandem, together. Like the Sea Goat, the Crab that is the symbol of Cancer, inhabits both the land and the sea though taking the Hermit crab as an example, the Crab can only survive on land if it stays moist. Both the Seat Goat and Crab lose their powers if on land for too long and if they don’t return to the water regularly.

In patriarchal times, the qualities of the night have been devalued. These are the qualities of acknowledging and validating emotional responses and feelings, the value of nurturing and supporting others, true humility and empathy. Left brain characteristics of rational, logical, factual and verbal reasoning have become over valued in relationship to the right brain qualities of creativity, emotion, intuition and imagination.

Think of the language used in our lifetime to devalue the night energies of the right brain.

I’m sure you get the picture.

Yet Saturn and Capricorn are night or feminine energies, though I believe Saturn as traditional ruler of Aquarius has both day and night qualities as do all the traditional planets, and the language used in Astrology for both planet and sign is that of the left brain.

They are all of those but our human minds have interpreted this all as very male and taken those qualities to mean dominion over others, to mean hierarchies, and to mean controlling others rather than the self.

This is a simplistic explanation to say that the night qualities of Saturn and Capricorn, or the fish tail of the sea goat, have been lost.

A higher understanding of Saturn and Capricorn is that of the wisdom of the elder or crone, near to the ancient Gate of Death and in tandem with the Cancer Gate of Birth. Both working in cyclical and circular harmony.

In the Cosmic Intelligence article written by Linea Horne on the Lunar occultations she speaks of the Circle of Grandmothers for becoming more enlightened Capricorn energy and I agree. I would take it even further as we move into the Age of Aquarius and merely call it the Circle of Wisdom.

Ancient cultures had pantheons of Gods that represented both day and night energies and that had equal value so we must move away from the binary and oppositional world of the patriarchy and return to a more inclusive and integrated language in Astrology and life.

The re-claiming of the fish tail of the impossible (I’m possible) sea-goat will aid us in that path.

When speaking of Saturn and Capricorn as a night energy Astrologers can, and many are, speak of external authority as how we allow others power of us and how the only real authority is within, rather than speaking of it as a controlling and dominating energy. After all, we can only be controlled if we allow outside forces to dominate us.

As we move into the wave energy of the Age of Aquarius, we are being asked to take a more diffuse view of both Saturn and Capricorn and to change our language as Astrologers to reflect the receptive, more malleable, and softer, elder wisdom energy they both contain. Discipline is a loving parental act if done with wisdom, for example.

If Astrological language itself re-claims the seemingly impossibility of being both night and day as we approach our work, we can help to shape the New Paradigm itself. 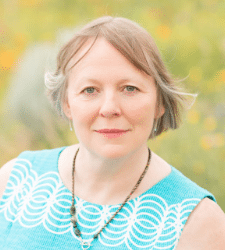 Louise Edington has been studying and practicing Astrology as an interest for 30 years and working professionally as an Evolutionary Astrologer since 2012. Louise has also been writing daily Astrology posts since 2012 on her Facebook business page, Louise Edington, Astrologer, and now on Medium.com and Patreon.com. She enjoys all aspects of professional Astrology but her main passion is helping clients to understand how the energies work within so that they can live a fulfilled life characterized by deep understanding and acceptance of who they truly are. She does this through providing Astrological counseling, teaching Astrology classes and writing. You may learn more about her services at louiseedington.com and also follow Louise at the following links. https://www.patreon.com/louiseedington, https://medium.com/@louiseedington, and https://www.facebook.com/WildWomanUnleashed.