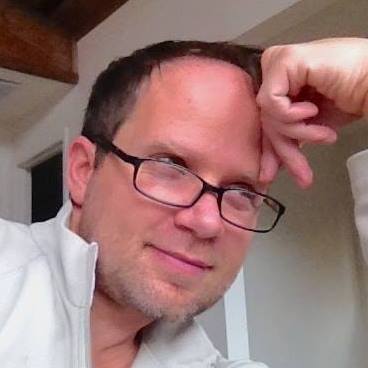 Russell is a transpersonal ontologist, research astrologer, & consciousness catalyzer; his work reflects a lifetime of study of science, religions, myths, metaphysics & most importantly —nature —and what they reveal about consciousness & human behavior. Russ is a co-founding member & current President of the Astrological Society of Austin, and has taught on alchemy, metaphysics & meta-science at Kepler College, serving as interim directing advisor for Kepler Research Institute, in Seattle, WA., written & taught with Astrology Hub (astrologyhub.com), and NCGR, and lectured at various scientifically esoteric organizations such as IONS- Institute for Noetic Science & INACS. Russ was also a member of the Western Delegation at the 28th IVC Conference in Kolkata, India.

A student of Buddhist, Jainist, & Hermetic philosophy, Russ has travelled extensively in South East Asia, Tibet, Nepal and Cambodia. In former ‘lives’ he studied history, science and psychology at the Texas A&M University system; served in the U.S. Navy; was an advisor for orphanages & youth organizations in Nepal & Tibet. Currently he is creating a natural ‘sustainable community space and spiritual center’ at Lotus Bend Sanctuary in south Austin, Texas. In 2005, Russ founded a non-profit organization, which has since evolved into The Shift Foundation, dedicated to the reintegration of ancient ritual reverence with new models of spirituality in a modern world, which currently brings people together and introduces them to a number fo cultural ceremonial and healing modalities.

Today, Russell is focused on creating tools and resources to help reintegrate the ancient wisdoms with modern science and reviving the path to holistic spiritual living. He is currently working with transpersonal healing therapies within both the standard scientific and non-standard meta-science realms, using astro-psychology, entheogenic guidance, and sound-light healing techniques to explore consciousness, at ritesofthesun.com. His ground-breaking works in cosmological mechanics, and astrological & mathematical research, Celestia Mathematica, The Fibonacci Zodiac & The Secrets of Starlight, are currently being taught by other astrological schools as a foundational theory of the governing structure behind astrological knowledge. He is also the creator of the Zodiac Image Project, Zodiac Faces: Planetary Physiognomy and The Holy Myth: The Bible as Astrological Treatise, and the ARC-Database Initiative (Astrological Research Collaborative).

Classes, workshops and presentations with Russell

Awaken yourself as the Celestial Nexus

Stars, planets, molecules, atoms and particles all unite to create your unique finite biomathematical alchemical soul equation within the infiniteness of the expressions of conscious creation. Through the astrological lens we are able to focus in on what it is to be you. Awaken Yourself as the Celestial [...]

Russell Ohlhausen, looks at the many aspects of why astrology as Matter and Spirit are One. In this talk he looks at the links between physics, biology and cosmology,

“All is number.” ~Pythagoras What is “astrology”? What does it mean to each person who studies it, practices it, profanes or denounces it? You might think this would be a simple query that is easily answered but as many of us in the field of astrology know, there is [...]