What stands out the most at this next 2nd exact square for Pluto and Uranus is that cool headed Mercury makes a  T-Square from  3 Libra. Mercury playing his go-between role, balancing out tensions between the God of Light, Uranus and the God of Darkness, Pluto. Mercury, confronts the two, making us all  the more conscious of this next phase of the Pluto Uranus square unfolding, Mercury accentuates that the cooler our heads, the better off we will  fare during this next stage.  The asteroid  Pallas Athena, is close by Uranus and even closer in an opposition to Mercury. Pallas, is the current scout planet in the Zodiac, the leader of the pack at 4 Aries and yields her power well. Pallas  is strong in Aries, as she was  discovered at 6 Aries,(March 28, 1802)and  has traveled close to Uranus since the first exact Pluto Uranus square in June this year. Pallas will now retrograde back into Pisces in October and meet Uranus again at the end of Jan 2013. Known as a cool headed female, a strategic and diplomatic political adviser, Pallas during this square, also opposing Mercury, shows that it is advisable to act with a carefully worked out plan during this chaos.

As cool as we’d like this all to be, an important thing to remember, is that we may in fact see quite the opposite develop in the world, as the Moon is in Scorpio and so too is Mars. The Moon feels intensely and Mars acts like a Scorpion, ready to strike at any stage. The Moon occults Mars later on, on this auspicious day*, and highlights immensely what bubbles and churns inside for many of us. The Moon is still in a new phase, and promises many new beginnings, at the last square the Moon was in a crescent and waxing phase also. With Venus about to square Mars , emotions, confrontations, strikes and dramas are bound to be erupting, bringing a flavour of  intensity  with this next phase of the dynamic square.

Mars and Moon are also in  trine to Chiron, our persistence in striving for a healthier, cleaner and wiser world still motivates us, as we feel how really stupid, crazy and wild things have become and we have to dare to be different to get anything done, it’s a signature of our New Age.  Money issues and  worries are a focus, as it’s still our means of survival, and these issues burn in our hearts. Many continue to lose jobs and financial security, and it’s hard to trust what comes next, as multinationals continue to dig there heels in for more power and profit.

The environmentalist Ceres, squares the Sun in Virgo. Continuing to fight for the cause of protecting the sacred planet, we hound and pester governments to not give in to the destructive and profitable desires of corporate greed. How disastrous to think that private ownership of planetary resources can continue to be dealt with in this way, we strive to continue to be motivated in cultivating an awareness to this ignorant and blatant rip off. Both Sun and Ceres are in Mercury ruled signs, with Jupiter and Vesta  in Gemini too, together, they accentuate the need for keeping well informed, communicating, voicing our opinions, speaking up for our sacred planet,  Saturn trines Ceres before moving into Scorpio,  and yes we acknowledge the imbalance.

In Libra, Saturn has been on his best behaviour, tolerant and diplomatic and our many ideas now turn into action, as Saturn moves into Scorpio on Oct 6 2012.  Saturn joins the North Node, already in Scorpio and a Scorpionic flavour heats up this next square as Saturn enters Pluto’s realm. In modern rulership Saturn and Pluto will be in mutual reception, inhabiting each others signs. Whilst in traditional rulership Saturn is in Mars’ sign as is Uranus, in Aries.  Saturn and Uranus both is Mars’ signs, and the mutual reception between Pluto and Saturn, add so much intensity to the next two years, yet activate much of the change hoped for, because Scorpio is fixed and fights to change something. Uranus in modern terms is also  acknowledged as being exalted in Scorpio, as Uranus favours the ultimate change that doing time in Scorpio brings. We need only to look at an energy that is of Uranus and Scorpio, when we look at the last time Uranus was in Scorpio 1975 to 1981 and radical Punk was born.

Real and effective change and transformation is what we can hope for during this phase of the Pluto and Uranus square. We can expect  things to really take shape, the promises of Saturn after some hard work has been done. Saturn however is resistant to change and prefers stability. In Scorpio we are challenged to make Saturn work for us , by taking control and attending to the revolution at hand. Saturn in Scorpio doesn’t take it how it is, but strives to uncover anything that seems amiss, doesn’t miss a trick and doesn’t tolerate any bullshit. Anything that appears to be safely guarded will now be uncovered, or buried for good.

It’s been 29.5  years since Saturn was in Scorpio, from the end of 1983 till end 1985. We live in a much different world now as we collectively are much more, aware, awake and connected. Opportunities for real growth come with this transit, personally and globally, as Saturn puts his foot down in the land of the Scorpion. Saturn will be in Scorpio until the end of 2014, when it enters Sagittarius , here it will be for the last exact square of Pluto and Uranus on March 16 2015 at 15 Aries- Capricorn. In Scorpio, Saturn accesses what lies and burns at the core, good or bad, it is like living a real life Truth or Dare. By the time Saturn enters Sagittarius we will have learnt to live our Truth and Dare to own up to it.

The dates for the exact squares show that every exact square has either Pluto or Uranus retrograde. This second hit sees Uranus retrograde in its closest pass to the Earth, with Pluto just stationed direct, we may say that more energy is directed to change and rebellion at this time. Whereas when Pluto is retrograde we get a deeper look into what lies beneath, a focus on uncovering and probing deeper into core issues. With Pluto stationed at this square, both make strong statements and tensions escalate. Interestingly,  during the last square both  Pluto and Uranus will be direct and the midpoint of the two will have moved to mutable Pisces –Virgo.

Jupiter at 15 ’59 Gemini inhabits the same place degree that Venus and the Sun did during her rare occultation in June this year . The Sabian degree for 16 Gemini is ” A woman agitator makes an impassioned plea to the crowd”. Jupiter accentuates how we are all thinking at this time, our voices, our thoughts, our ideas and harmonizes with Venus’ previous plea, to be very conscious of bringing the feminine voice and a nurturing spirit to the world around us. What we believe is possible keeps us activated and a quintile 72 degrees fr0m Jupiter to Pallas and Uranus show that these great ideas can indeed become manifest in the time ahead.

Venus in Leo seems a bit left out, but in Leo Venus reminds us of Love, creation and a warm Heart and what lies at the “Heart of the RE – Evolution” . So as the Pluto Uranus square continues with the next exact one being in May 2013, sharpen those lightening bolts, use them wisely and deliberately wherever you must to implement real and positive change in his world as we take part in this next critical phase of Conscious Global Evolution.

For More reading on Pluto and Uranus cycle
http://www.cosmicintelligenceagency.com/2012/09/pluto-and-uranus-cycle/

For further updates and daily observances please join The C*I*A Facebook page, comment and share your thoughts with us . Also for fine tuning to any of these events to what’s coming up in your own life, preparing, planning, for advice or counseling we highly recommend a consultation with one of our experienced Agents. Face to face or skype readings available. For more details!
Don’t forget to support our ongoing services and information, see our Shop for some special C*I*A merchandise or consider a donation to the Agency. 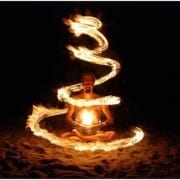 A CRUCIAL GATHERING: KETU, SATURN AND PLUTO IN CAPRICORN 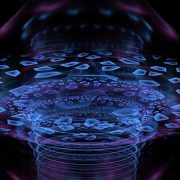 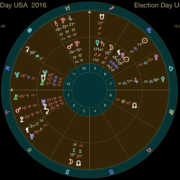 Agent of Chaos : There's something about Eris! 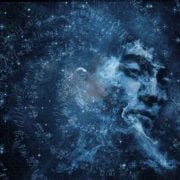 Tuning into the Zeitgeist - the Pluto Uranus Cycle, Eris, Chaos and Discord!
4 replies