It’s been a long and dynamic roller coaster ride watching this Pluto Uranus square play out in the world arounds us, yet these most transpersonal of planets have probably changed US more than anything else. Our perception, our awareness, our view of the world, our minds, our relationships, our part in our collective evolution, our response to everything and how we take it all in. Indeed we have been awakened!

With this 6th square  taking place at 12 degrees of  Aries and Capricorn, Pluto in highly evolved Capricorn and Uranus in raw to the core Aries, this 6th square has been slowly peeling off the next layer of any protection we may have thought we had from this inner and outer upheaval. This next layer exposes what’s still left to activate and transform. Uranus acts as the lightning bolt and Pluto an organic evolutionary mass that gets zapped at the core once again. The core revealing the inner power we all hold to be that change we want to be and to be the change we want to see. This square comes with Uranus retrograde and Pluto direct as they alternate their influence.With the retrograde planet, it is in its closest phase in its cycle around the Sun to Earth, this time around Uranus(which was exact in October when then Sun was in Libra ) is making sure we take hold of the lightning bolt firmly grasped in our hands and activate the the changes we need to make. Quite fittengly the last square in March 2015, had both Pluto and Uranus direct. Something has indeed changed for all of us by then.

Saturn at 29 Scorpio at this time is highlighting one of the midpoints of Pluto and Uranus. This is serious Mum, as the reality of what has been churning up for all of us begins to take a firm hold. Whatever we started back in 2012 as the first pangs of the revolution took hold, now is nearly done, cooked, delivered, with one more exact hit of these two on March 17th 2015. These pangs started long before 2012 and will continue beyond 2015, yet the intensity of this square is right here, right now. Do check your midpoints, for planets and angles around 28-29°  of fixed signs Leo, Aquarius, Scorpio and Taurus to see what other influence  is taking part in your revolution.

So with this square, a waning last quarter Moon at 00 Libra, brings us to a turning point, a balance point, where we tip the scales to chaneg all sorts of relationships around us as we all go through significant change and upheaval. A waning moon suggests the integration of a cycle that was, what has been and what we have emotionally learnt  during this past cycle. Jupiter trines the Sun and brings support for future goals and directions.  Mercury at the Galactic Centre opens our awareness to much greater things, ideas, concepts, thoughts beyond our immediate environment and beyond our current perception.

A big plus for change exists in this chart. Mars recently joined the collective spirt in Aquarius and Neptune and Venus align by sextile. Oh the great things we can accomplish when we put our ideals, hearts and values together. Saturn at the last and critical degree of 29 Scorpio, is another indicator that a demanding and testing cycle is coming to an end. We anticipate, and look forward to this year being over and Saturn’s move into Sagittarius for Xmas Eve. The long term healing effects of Chiron in sextile to Pluto over the last few months has assured us that things are indeed changing for the better, we do have to remember though how long it was been that we have been spiralling down into the unknown abyss. We have woken up, yet we still have a long way to go  to come out the other end.

7 exact squares give us a chance to study well and decipher  how these Uranus Pluto squares have and will play out for us. The shifts within the astrology charts of these exact squares give us more of the story, as each square is part of the whole of 7.  I have looked at all charts and the phases of the Moon during these squares in a previous article, but now wish to look at the Sun sign position during each square. The Sun represents our universal consciousness, our purpose for living and our guiding light!

1st square – Sun in Cancer – hiding almost scared to look at what was to come, protective, hesitant of knowing we needed to leave our comfort zone in order to take the journey to new beginnings.
2nd square – Sun in  Virgo – Virgo  tidying up our act, giving more of ourselves for the greater good.
3rd square – Sun in  Gemini – Awareness, reprogramming ourselves with new ideas and information.
4th square – Sun in Scorpio  – Something had to give, it  had to happen.
5th square – Sun in Taurus – What are my basic needs, food, love, shelter, work?
6th Square – Sagittarius – Aim high, it’s all possible!!! This is here we are now!
7th square – Pisces – Nurture the seed of new beginnings, personal and collective.

With the Sun at this square in Sagittarius, we take in the wisdom of what it has all meant, check on our progress and look ahead. It will be a very fitting way to end these squares with Sun and Mercury in Pisces for the last square in March 2015,  one that  sums up the previous 6 squares and tells of the what has come to fruition, what was lost and may never be , yet also the summation of the collective seed we have cultured during this upheaval.

As we breakthrough this next square another insight shows of the turning point we are now in,  that at this particular square Uranus heads toward the karmic south node and Pluto squares the north node, and this is the closest pass of these two planets during these 7 squares to the nodal axis.  Uranus is conjunct the south node in January  and Pluto squares the axis also in January 2015.  Planets square or conjunct the nodes play a big role in defining the biggest challenges we have with moving forward by addressing the past, learning from it and moving on. Pluto squaring the nodes at this juncture, is  uncovering so much for us about our collective past, past hangs ups, habits, patterns, conditioning(and remember the Saturn midpoint),   as well uncovering so much of the past that we never knew about before. We move forward better informed than ever before having had so much revealed to us, transformed we move toward to a new future, a future we never thought was possible or could be. Uranus too does a similar job, taking that lightning bolt  to illuminate the past and also therefore the future.

As Mercury our agent of awareness, pushes us out beyond ourselves as it hovers in front of the Galactic Centre, it seems like an appropriate time to take a quick look at what it means to understand ourselves as part of the bigger picture, the whole, the Cosmos. To the ancient greeks, the word Cosmos was understood as the One, the Whole, the Everything. It was understood as an Order that came from the Chaos that preceded it. It was not only a Cosmic Order, but a beautiful Order and a valued Order at that. It was a mental, mind ruled intelligence. It represented not only our intelligence(Nous), but also our psyche(mind)and our soul.

This current Pluto Uranus square was seeded at the conjunction back in  1965-1966 which occurred in Virgo 16 and 18°, ruled by the planet Mercury, our thoughts, intentions and awareness shifted, and this square now exemplifies and pushes this shift further. Looking back at the last cycles of Pluto and Uranus we have moved from Mars ruled cycles with a masculine focus,  to now a Mercury ruled cycle(appropriate for a transition), inbetween shifting to Venus ruled cycles by 2104.

As our awareness grows, our perceptions change the HERE and NOW of finding our place in the universe perhaps begins to make much more sense to many of us. The growing understanding of the fields of unified physics, our continued exploration into the connection of everything is reshaping our consciousness. The implications and applications of a growing consciousness to that of connected  fields, of which I’d like to add astrology, these unified fields of thought, the spheres of collective thought that surround us, could very well help guide us out of the worldly troubles we are in. The Cosmos reflects to us the extraordinary potential we all hold within our own minds to be the creators of the reality we live in.  Much of the revolution that is being ignited, is in our thinking, changing our minds to what is possible.

If you haven’t already, get your FREE Astro Chart and find where 12 degrees of Aries and Capricorn  is in your astrology chart! Or order your 12month transit report:
Get you FREE astro charts and order astrology reports here: NEW to our C*I*A website!

An appropriate video”Dictate your own life!”

View this movie at cultureunplugged.com

Get your in person astrological updates for 2015
: Contact julija for consultations via skype or in person in Melbourne Australia/ Contact 0417 988512,

BLACK MOON LILITH - From the Visceral to the Sublime 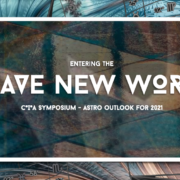 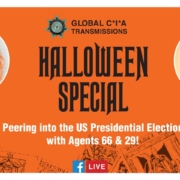 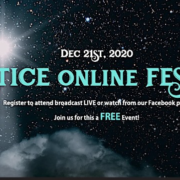 Tuning into the Zeitgeist - the Pluto Uranus Cycle, Eris, Chaos and Discord!