religious cults or dogma while Neptune travels his labyrinth through the underworld as if it was a spiritual pilgrimage that leads you back to yourself while you are reminded that you are part of something bigger. You may experience higher intuitive awareness of the ideas floating upon your subconscious mind, but may be hazy about how to consciously transmute such heightened awareness into clarity that you can use in your everyday life. Like the dividing paths and dead ends of mazes that create frustrating choices, retrograde motion can force you to make choices even when you feel like there are no real options from which to make a selection. Sometimes this “Neptunian clarity”  can grant us with circus like surprise and the spa day relief when we happen to choice correctly because we chose to follow our hearts. Sometimes Neptune’s labyrinth provides us with a single, undivided path with no choices that intimately lead us to our goals as blissfully as a toddler being rocked to sleep after scoring some serious milk.

♆Neptune’s Mandala of Mutable change and dynamic flexibility. Stare into this and focus on: Going with the flow.
♆Don’t hold onto anything that is too difficult to hold down. Letting go often creates space for that which you are wishing to manifest.
♆If/when your intuition fails you, don’t conclude that you should not trust your instincts. Even “certified psychics” have periods when their mojo is just off!
♆If you decide not to believe in yourself, set a 24 hour time limit for the pity party then move on.

What should I take away from this idea?

The theory is that Neptune Retrograde acts as a cosmic tuning fork that makes it easier to be more in touch with our right-brained creativity and imagination without allowing the left-brain’s influence of empirical logic to override everything we do. Neptune Retrograde  encourages you to live in the material world while maintaining enough separation to minimize the risk of following the shallow beliefs of popular culture.

Don’t worry if you seem to lack the “common sense” that motivates people in a traditional sense because this is about the unity of empirical logic and intuition as they relate to free will authenticity and individuality.

In essence, it is a dance between the macrocosm and the microcosm that is as logical and instinctual as continuing to breath steadily after you have fallen peacefully asleep. Just like scientist know that it is the work of the parasympathetic nervous system that regulates breathing while you are subconscious, the archetypal energy of Neptune encourages you to have faith that there are other forces at work in your life that support the evolution of your soul and spirit just as seamlessly as the parasympathetic nervous system supports a good night’s sleep.

Whether you identify with the dreamy, nebulous “escape artist” traits of Neptune or you like the guided meandering meditations on involved with traversing his labyrinth, the goal is to give you your individuality while reminding we are all a unique and special part of a beautiful collective whole. It is up to you to decide if Neptune is your nemesis or your knight as his energy is hard to process if you don’t like dealing with those messy emotions. As an astrologer with strong Venus influences, Neptune is definitely my night, even in the face of broken promises. But I remain open, and I suggest you do the same. Like the hands, our minds and hearts receive best when they are open.

With Neptune having squared with Mars and soon to square again with Mercury, we will all be dealing with the issue of communicating assertively after the solstice. Communicating assertively means clearly and calmly expressing what you want without either being too passive nor too aggressive. Learning to communicate assertively doesn’t guarantee that you will have your all of your needs met but it makes it more likely that you will get what you want and improve your relationships with other people.

What are some of the ways you communicate with clarity?

Here is a special video for parents.

App for Android
App for Apple 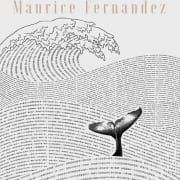 Stories from the sky: astronomy in indigenous knowledge 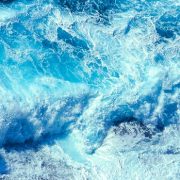 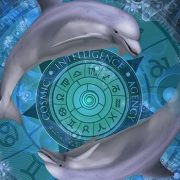 Donate and Support - our 1 Fundraiser CAMPAIGN 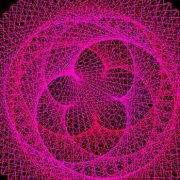