Venus in Capricorn: February 3 to March 1:

Venus leaves Sagittarius for Capricorn just one hour before the Super Bowl starts on Sunday, February 3. I have to admit I’m not up on football, but to be sure, Venus in Capricorn suggests who-ever wins, has earned it and deserves it. (Let’s give a big shout out to all those who strive to put their best play in the game – whether its football or some other part of life!)

Venus in Capricorn, a goal-oriented/reward-oriented transit, puts added emphasis on getting it under better control and building it better. Venus in Capricorn appreciates the work that is necessary. Finding value in keeping it real, quality over quantity is also the nature of this transit.

Venus in Capricorn prompts a serious evaluation process. Do you love your work? Does the end justify the means? How much is worth? What’s real, what’s legitimate, should we, how much time is left and how can it be put to good use?

A substantial building cycle, Venus is focused on locking it in and making it last. Perhaps Brexit negotiations will be more productive under this transit.

Mercury in Aquarius keeps the action and the conversation on shake not stir through the first ten days of the month. Mercury in Pisces, starting February 10, moves us onto a more fluid and/or go with flow track. Mercury in Pisces is a wonderful transit for dreaming, creativity, romance, spiritual replenishment, and for periodic escapes from the harshness of every day reality. The ideal, the ultimate, and the potential are the attention getters, but often they are elusive targets.

Mercury’s conjunction with Neptune on February 18 can turn a potential into a reality, expose a secret, or bring something to the surface that has previously gone unnoticed. Something or someone lost can be found. This transit coincides with the sun’s entrance into Pisces, Venus conjunct Saturn, Chiron’s entrance into Aries, and a building super full moon in Virgo (February 19). A potential can become a reality. Watch for something to be revealed, perhaps with an element of surprise. Someone iconic, famous (or infamous), or revered can make headline news. Beliefs are the foundation of our reality. Tied to the super full moon in Virgo, Mercury/Neptune can produce a crisis in faith, hope, and optimism and the need to find it again. A rescue mission or last-minute save or bailout is on the list of potentials too.

The Mercury/Neptune conjunction of February 18 is noteworthy for one more reason. It launches the shadow phase of next month’s Mercury retrograde tour which extends from March 5 to 28. Pay close attention to clues, impressions, and intuition, don’t gloss over details, reactions, sensitivities, or vulnerabilities.

Mars in Taurus can slow the pace down, but not by much. It adds extra fuel to money, survival, and sexual matters. The transit also loans extra steam to the agenda set by Venus in Capricorn (attainment, control, recognition, justice; legitimacy, reward). Just before the transit begins, Mars in Aries hits high heat with Uranus on February 12/13. Watch these dates for anything goes.

We had a brief introduction to Chiron in Aries in 2018. As of February 18, Chiron will park itself in Aries for the long haul. Chiron has been dubbed the wounded healer, but it is so much more than that. Chiron, the homeopath archetype, cuts deep in Aries, cuts right to the core. The transit puts you/put us directly in touch with our soul’s mandate for healing and growth, for reclaiming our divine right to exist freely and in harmony with the totality of life on this planet, in this universe. No pain, no gain, it is an important transit for all. When it comes to doing our soul work, not one of us is immune. Regarding the collective and our personal/individual lives too, it is time to warrior up! We are here to learn, to experience, but we can not afford to knowingly choose to perpetuate that which is destroying us. We can suffer – for an eternity if we so choose, or we can surrender to our highest and greatest good. We must stop the pollution at all levels, cut the cancerous out of the collective psyche, and we must find the courage and initiative to risk everything for a planet worth saving and a life worth living.

Check out my website for a webinar on Chiron in Aries and more writing. I will continue to write more on this topic soon.

The super full moon on February 19 is slightly closer to the earth than the total solar eclipse on January 20/21. Whether we feel its closer proximity or not, the full moon in Virgo is accompanied by a number of notable aspects. On February 18, Venus forms a conjunction with Saturn (an ending, completion, solidifying, or goal reaching transit). The sun enters Pisces, Chiron enters Aries and finishing the day, Mercury, ruler of Virgo, forms a conjunction with Neptune (an unleashing, dissolving, or exposing influence). For more on the potentials of this full moon and these planetary influences, please read your individual forecasts below. 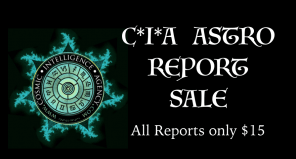 Get a COPY of your ASTROLOGY CHART FREE, 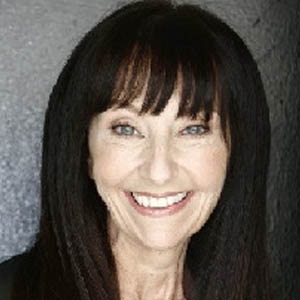 Agent 300 – Rose Marcus. Rose is an Evolutionary Astrologer and Clairvoyant based in Vancouver, Canada. She is a popular lecturer at conferences in Canada and the USA. Over the years, Rose has written for numerous publications and projects, including the daily forecast column for The Mountain Astrologer, 2007/2008. Her first book, “Insights into Evolutionary Astrologer” was published by Lewellyn Worldwide in 2010. The subject of her current book project is Chiron. In addition to producing in-depth articles, monthly forecasts, and podcasts for her website, she is published weekly by Vancouver’s premier entertainment newspaper, The Georgia Straight, which is also available on-line: www.straight.com/life/astrology.  On the last Wednesday of every month Rose discusses the transits for the month ahead on Guiding Stars Radio: www.healthlife.net. Visit Rose’s website for information on webinars and private readings: www.rosemarcus.com
Location: Vancouver, BC Website: www.rosemarcus.com
0 replies