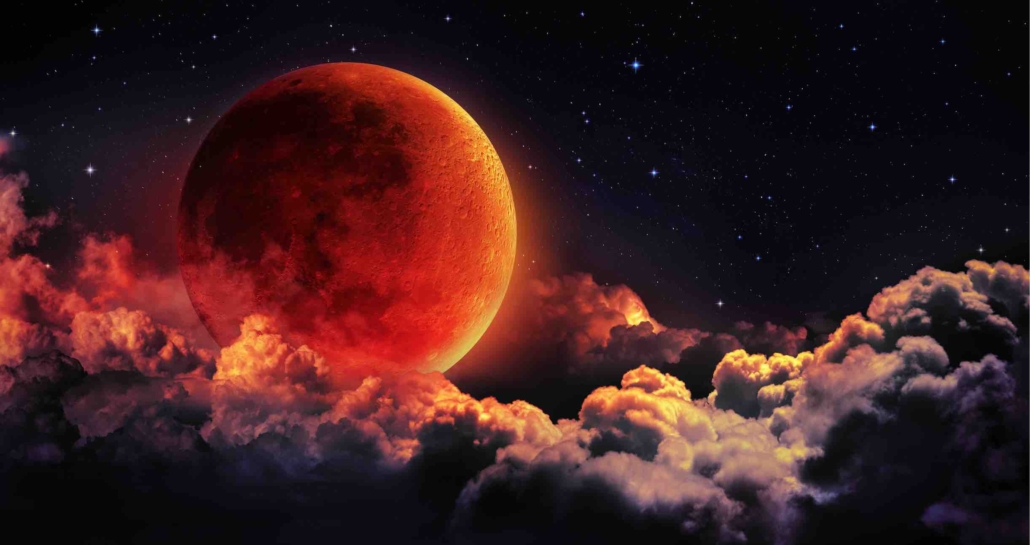 “The wound is where the light enters you.” ~ Rumi ~

Cracks in Earth’s magnetosphere recently opened wider than usual, since the new Virgo Moon (17th September), allowing harder-faster solar winds to enter Earth’s atmosphere. Now with added solar flares (at the exciting start of Solar Cycle 25), these flaring winds blow into our Equinox Full Moon to create geomagnetic storms that bring the solar ‘Light-of-Intelligence’ to create fabulous auroras around the poles and changing weather patterns to the planet – as well as changes within ourselves. Accenting external changes of season as well as internal changes of temperament, fashion and ideas – including modes of healing – types of business and karmic connections; these winds also differ currently depending upon hemisphere, if one is either north or south of Earth’s own equator.

In the South, a spring wind heralds the ‘Light of Life’, encouraging growth with a fast-moving Full Aries Moon. Indeed, for everyone, events around this fiery Aries Moon add a spark that quickens the pace and ambition for all living beings to reach into and develop ideas, spaces and places that can at once inspire us to heal, thrive and flourish. The Sun in Libra also enhances the AIR element, suggesting these winds signal a more incisive mission: to create peace, love and harmony within our self, and with all our relations. In the North, however, for those who remember to stop and breathe and reach a point of balance that allows one to rest at centre, at the same time cutting through ego/illusion – which is done by giving oneself space to sharpen and clarify thoughts. Even if social distancing is imposed, defining a space that is yours to rest, think and heal makes it easier to balance and calm the constantly moving mind.

Patience and rationale is also called for when the Sun shines in justice-seeking Libra, illuminating honesty and fairness, art and beauty, and the ability to stay on centre even as Libran winds of change blow. Opposite the Scales of Justice, the sensitive Moon in ardent Aries is active and self-initiating; and a great deal can be stirred up in this rather gusty moment, making it easier to get twitchy and impatient. Hold on! Count to ten before responding with clouded passion to anything that challenges honour or cause. Murky ideas, thoughts and objectives soon become crystal clear when we give ourselves space before instinctively responding.

☆ Full Moon in Aries conjunct Shamanic Healer Chiron ☆
Reflecting the radiance of the Libra Sun, the inner-strength of this Aries Moon is now significantly boosted by association with the retrograde wounded healer, Chiron, indicating everyone, without exception, feels the need to recover and restore, be it at emotionally, at home, within one’s self or, for the sensitive among us, at a deeply profound soul level. Due to the elliptical orbit of Chiron, who is a generous Solar symbol of healing (and the bridge between Saturn and Uranus), which now at the furthest point away from the Sun in his orbit (apihelion), Chiron itself is at the turning point of returning towards being closer to the Sun (our self), about to start a new phase of inner healing.

Chiron in Aries, is now in semi-sextile to Uranus in Taurus, suggesting that for now we easily fixate upon romantic love, food and finance as a way of healing stability in the world. This Full Moon could rouse from within a deep-seated awareness that knows self-healing is not only timely, but totally necessary, which can lead to a powerful healing, with any natural healing talent gently encouraged to move a little further into the intuitive world in the manner of soothing curves we witness in nature, reflecting the human ability to move through times of difficulty with dignity, poise and ease – and a certain amount of adjustment.

Healing awareness always comes from within; knowing this recuperative awareness has been and is always there (even if obscured), Chiron reveals our will to heal (if the heartmind body and soul are capable). Right now, over this initiating Full Aries Moon which aspects a self-healing Aries Chiron, the time to initiate a cure for our wounded soul is upon us. Doing so can even create the bridge between society itself and the current generational selfie-obsessed, wounded-child, hurt-ego influence, as well as brighten our collective rainbow soul, the anima mundi. Take note: Chiron heals with music, poetry, archery, herbal medicine, dreams and water, and do what resonates with your inner-healing shaman.

☆ Libra Sun ☍ Moon & Mars Rx Aries in Cardinal T-Sq ☆
From a psychological point of view, when the sensitive Moon is with shamanic outsider, Chiron, it suggests such a restorative task is doubly efficacious for the ethical, brave and motivated. Make no mistake: Aries energizes the emotional Moon with Chiron to now mend, nurse and repair. As both are in the same sign through which dynamic Mars is now going retrograde, the impulse is to actively go deep into ourselves: boldly going deep into our heart-mind, psyche and soul, to rework self and identity, to re-acknowledge, re-build and re-present personal courage, personal pain, trauma and grief, as well as looking at the way we personally project ‘me-ness’ and ‘mine’ in relation to others.

With the relationship-orientated Libra Sun approaching its opposition to the fierce Scarlet planet, Mars, a hard ‘Cardinal ‘T’ Square’ is formed to controlling Pluto and expansive Jupiter in the hard-hitting Capricorn influence within THE 2020 triple planet conjunction of the century (to be exact from the 9th until 19th October). Applying aspects are always the strongest. This T-Square is also now within orb, making it therefore crucial to be realistic when bravely taking oneself in hand. To be accepting of who we are can heal and placate the frazzled heart, mind, body, instead of reeling or riling. Of course, there’s always room for improvement, but to have nerves of steel often means one misses life’s subtleties; so it’s important to find a middle way and discover holistic inclusivity for peace of mind.

The heavens also state sacrifices are being made in order to uphold morals and noble institutions, which will not go un-noticed. Meanwhile, Pluto in Capricorn’s austerity is a reminder how fear is a means of accomplishing control. Whether confronting our own inner demons, or indeed, if outside pressure is on top, just stop for a second – especially if dealing with rising anger or rage, and B-R-E-A-T-H-E to take back control (as ‘they’ say (!)). Break the hold the pattern of rage contains and soothe one’s tempered brow.

Thankfully, for now we are on the Sun in Libra’s middle path of peace and love: any hurt or trauma, pain or suffering is ameliorated with love, time and patience – and a whole lot of self-appreciation and self-acceptance. Here I may need to say not the in-your-face-kind-of-ego-obsession self, but having the will and valour to stop any kind of self-harm that comes about from under/over eating, smoking, intoxitating with drugs or alcohol, to thinking negative thoughts or even going to bed at the wrong time – and do the right thing by ones’ innermost soul. Also, bear in mind you are not alone. As the wisdom teachers say, ‘Heal yourself and you heal the world’.

☆ Mars in Aries tends to demand snappy results. Yet when retrograde, even a Mars in its home sign of the Ram is often slower in coming forward. The upshot of not getting the immediate results one wants in this fast-moving world often reveals pent-up energy that typifies frustration and rage. Again, noting patience is called for, particularly over the next six weeks and become resilient.

Because of political, economic, sexual and religious division, seeds of hate and discourse are sown all over the place, particularly social media, infesting everyday life where we also see how people are easily stoked and provoked to rise in anger and temper. Never satisfied in eternal rage is as damming and damaging as wiping out in one fell swoop all the karmic brownie points one may have stored in the karmic merit bank. And because we are witnessing a lot of people losing their cool, we see how its messy and loaded with careless confusion, especially from those who lose it. Here I’d like to share a word about anger from the Buddhist perspective. In Buddhism we are taught our natural heart mind is clear and bright, and that anger is an intelligence which has become clouded and confused. The aim therefore is to keep the mind clear and avoid aggressive scenarios, or at least give yourself a break before reacting to anyone or anything untoward, to maintain our inner wisdom. As Johnny Rotten once sang ‘Anger is an Energy…’ noting anger is a reaction that usually masks an avoidance of dealing with the feeling which anger itself has brought about, i.e. hopelessness, fear, mistreatment, violation, shock, sorrow or loss.

☆ All this while the stars still configure tricky and difficult aspects, with another heavenly humdinger to come with November’s New Scorpio Moon (15th November is also Diwali, the Festival of Light), when expansive Jupiter makes its’ final conjunction to controlling Pluto AND, at the same time, active Mars goes forward @15 Aries. While the scale of changes around our globe are unprecedented and timely for a concerted covid pandemic effort, personal activity also needs to be re-worked and re-tendered. Take heart and take your time. Much is achievable right now; because this is a dynamic, fast acting ‘Cardinal FIRE’ horoscope with a lovely Fire Trine to boot, you could be pleasantly with the strength of this courageous Full Aries Moon, displaying how the power of love heals the soul, deeply

☆ Coming into the last stretch of 2020 the Iron Mouse year, when cyber socialising has grown with busy intensity (Rat/Mouse has an insatiable need for contact and communication) – the dominating Pallas Athena-Jupiter-Saturn-Pluto conjunction that began with severity in January in sobering Capricorn; united again midway through the year for the Summer Solstice Solar Eclipse; and is coming together for a last and final time for who knows how many hundreds of years, soon to meet after a Halloween Blue Moon(!): this conjunction defines pinnacle work for some, and the end of an era for many. One thing is certain as we move towards the all-important 200-year cycle of the Great transMutation that begins with the December Solstice, and that is humanity united and networked, as we are, has equality and altruism firmly held at the core of our group consciousness.

So stay strong and together we will co-create a brighter, healthier future.

“Healing is a matter of time, but it is sometimes a matter of opportunity.” ~ Hippocrates (father of medicine)