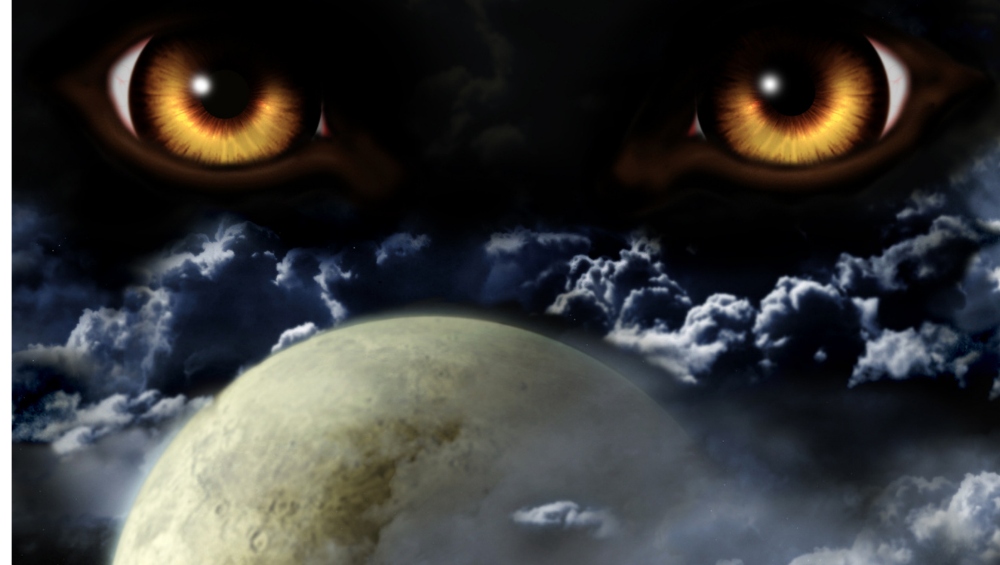 According to a First Nation Moon calendar, the first Full Moon after the September Equinox Moon is also called the ‘Migrating Moon’, in as much as the birds are now heading towards the warming southern hemisphere. And while the north cools, it’s dark enough at night for the ‘Halloween Full Moon’ to glow a round pumpkin orange at Moonrise. And even though All Hallows’ Eve is over a week away, there’s enough spook, spark and style in this fiery Full Aries Moon horoscope to make any self-respecting witch or warlock want to jump their broomstick and join the flying flocks – which, metaphorically speaking, is not such an impossibility as one might think as a rare ‘Grand Air Trine’ blesses an otherwise tough looking Full Moon horoscope with social skills and solid friendships that help part clouds and clear the way to open the kind of sky door that a wizard would call ‘a magical stargate’ towards a ‘challenge-orientated’ future, one where the heroes and heroines possess silver-tongues and are daring, strong and adventurous.

☆ On the surface it appears certain close relationships are in accord, easily connected and ready to rise to any challenge: dynamic yet balanced, with the beautiful and lovely, people pleasing Libra Sun opposite an ardent and independent Aries Moon. There is a tough aspect to manoeuvre here however, because both Sun and Moon are in hard 90º ‘square’ aspect to transformational Pluto. And it is a particularly tight and demanding T-square in the run up to culmination. Cardinal T-squares imply action.

The harmonious Libra Sun is also with energetic Mars, adding vigour and verve to partnership, art, beauty and culture. Scarlet Mars is also the planetary ruler of a symbolically rather brave and heroic Aries Moon, adding streetwise edginess to make this a highly energised Full Moon, where equal power sharing is a major task at hand. Fear mongering and Plutocratic control freaks could rightly or wrongly also rise-up to judge but could end up being judged instead.

Martial Mars is not so happy in Libra, even if it does make one look super cool and sexy in classic black slacks: the planet of war is ‘in fall’ when in the sign of peace. Mars is the henchman of the Sun. And in elegant and tactful Libra, Mars could diplomatically allow Pluto’s extreme provocation to play out behind closed doors, away from the unpredictable hustle of unruly crowds for disputes and arguments to be diplomatically smoothed. Reinforcing Mars’ strength, along with the mighty potent Mars’ ruled, Aries Full Moon, Planet Pluto is still the sign of Mars’ exaltation, Capricorn. Entering into Plutonic power games with Mars inevitably leads to getting embroiled with the collective hot-head chaos of the moment, be it attacking, dissecting, or defending financial institutions, the environment, the loss of traditions, or even just the need to guard individuality as means of creative expression, Mars in square to Pluto can make life critical, dramatic, and tense. There is serious high-risk adversity contained within this hard cardinal ‘T’ Square pattern. Cardinal squares imply action, however. And a ‘T’ Square involving the Full Aries Moon denotes heroic action in hard and heavy times. Thankfully, a boon from Fixed Star Spica, which is conjunct Mars during this Full Moon, signifing the Goddess of the Grain can soften a Martial stance. Mars only ever disarms for Venusian charms such as food, love, money.

☆ Seductive fine dining aside, Libra Sun’s ruler, Venus, is currently spellbinding in Sagittarius, conjunct a part of the sky called the ‘Great Attractor’. And there is nothing more attractive as Venus urging one to freely explore the vagaries of the heart. Yet because the freedom-loving Sagittarian Venus is now opposite Black Moon Lilith and Earth Mother Ceres, it is a caring fierce woman that could hit a realisation Bull’s Eye. How very witchy woo!

☆ It’s also fortunate that in the days before the exact Full Moon, both Jupiter AND Mercury go into forward motion, meaning the focus upon truth comes at the same time as the information highway flows. What we do with any wisdom gained between now and Halloween remains to be seen, as Mercury in Libra’s vacillating influence could still mean changes of heart – and mind, dealing with issues that date back to 7th September. The heavenly courier, Mercury, is also the planet that leads this locomotive shaped Full Moon Horoscope. Out front for only a few days, Mercury waves his magic healing wand in the company of Hygeia, symbolic of practical healing. Trickster healing brother Mercury has a vested interest in the wizard’s ‘magical stargate’ that is the Gemini North Node, Mercury’s home sign. But you will have to be as fast as quicksilver to make the most of any beguiling magic, because the influential Nodal axis is about to change with a New Scorpio Moon, November 4th. The Diwali New Moon then marks the beginning of Eclipse Season. With our next Full Moon, 19th November, as the first of seven eclipses over the next eighteen months to align with fixed and determined Scorpio and Taurus, and when destiny calls for a transformation of the way we understand and control desire with the power of love.

☆ And if you’d like to wish upon a shooting star that emanates from the heart of the heavenly Hero, Orion, then step out into the pre-dawn sky, and under our Hunter’s setting Moon beams you could also catch sight of illusive Mercury, at the same time as the Orionid meteor shower taking place19th, 20th, and 21st, our three-night Full Moon dates. By Friday 21st, the Sun moves into Scorpio, leaving Mars behind to catch up on Halloween, when the veils between worlds thin. Talking of which, this Full Moon also reflects the light of a 28º Libra Sun which radiates in front of a darker part of the Milky Way, making it easier to channel galactic and psychic messages from other worlds. Messages from the ‘other side’ could come through symbols, meditation or dreams. Whooo, spooky Halloween blessings abound!