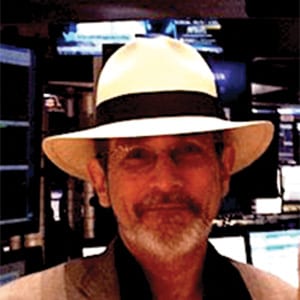 Bill obtained his MBA in 1972 and began to study astrology in the same year. Bill first began applying computers to financial astrology in 1983, as he continues to do. Bill has authored Planetary Stock Trading 4, The Predictive Power of Eclipse Paths, and Planetary Economic Forecasting. He has been supplementing this work with mundane astrology for many years. Bill has been writing the mundane column for Dell Horoscope for 25 years. Bill is a member of the Vienna-based KENOS Circle, a futurists society.

He has twice been ranked as the number one stock market timer in the UA by Timer Digest. He currently operates his own advisory and fund management business from his home in Vienna.

Classes, workshops and presentations with Bill

Eclipses and Their Path’s with Bill Meridian