How cool it this Agents!?
Asteroid Urania, goddess of Astrology and Astronomy currently at 24° Libra and Mercury opposite sky Uranus God – there is no better time! Be a real sky astrologer and learn to read to the heavens, the way the ancient Astronomer/Astrologers used to.
Are you an Astrologer or student that knows how to read an AstroLabe? Here is a start – get your Astrology Chart and then generate one with this AstroLabe calculator – compare to learn!
Check out what your Astrology Chart looks like with an Astrolabe, from  http://alexboxer.com/astrolabe

– showing you the way all astro charts could look – including, planets(no outers in this one), pointers, clock, sky movements, fixed stars, azimuth, houses, the way it really looks like!

“An astrolabe is a beautiful, mathematical map of the ancient, Earth-centered cosmos. The instrument shows the spherical universe flattened onto its midplane (the equator) according to a sophisticated mathematical transformation called stereographic projection. The result is a god’s eye view of creation looking down from atop the universe’s north pole. Astrolabes were the indispensible instruments of astronomers and astrologers alike from Greco-Roman antiquity well into the scientific revolution. I’ve created this website to showcase the elegant workings of one of antiquity’s most wondrous machines.!”

Get yours here and learn to read the stars like they used to, well  like Agents do!
http://alexboxer.com/astrolabe/

Here is a comparison chart of Astrolabe, and AstroGold Chart, set for the same time and date Melbourne , Australia, OCT 6th 2020, 12:13pm 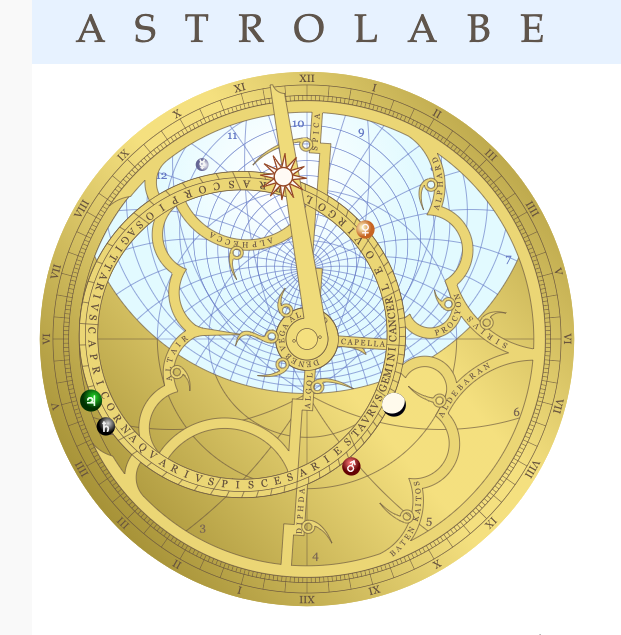 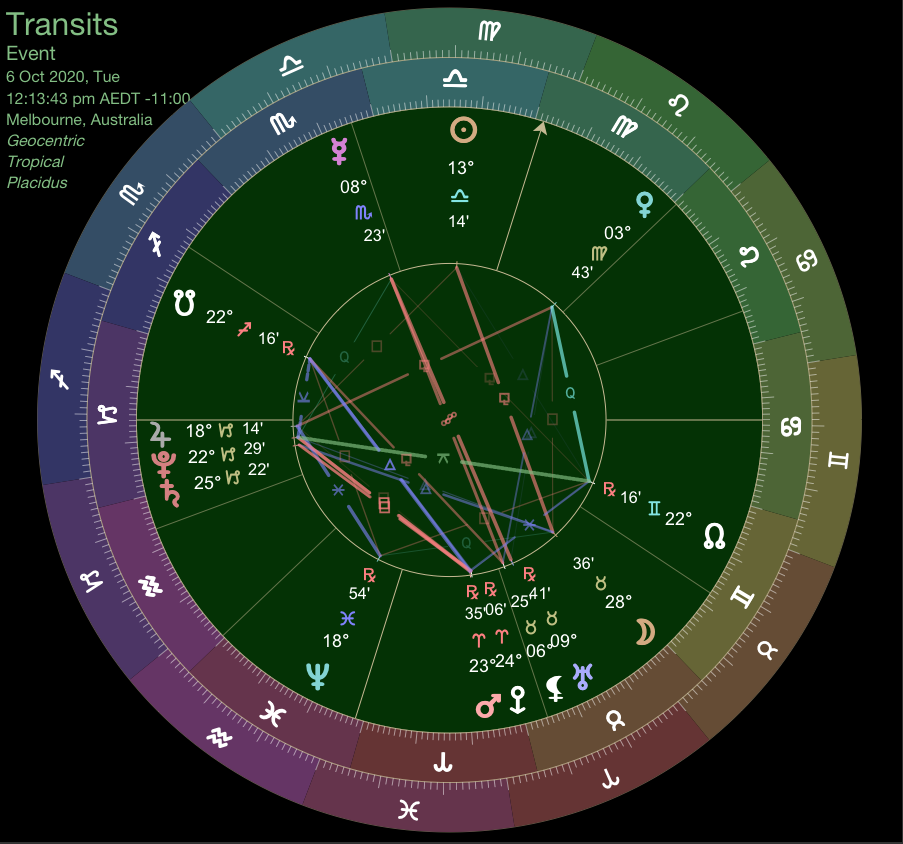 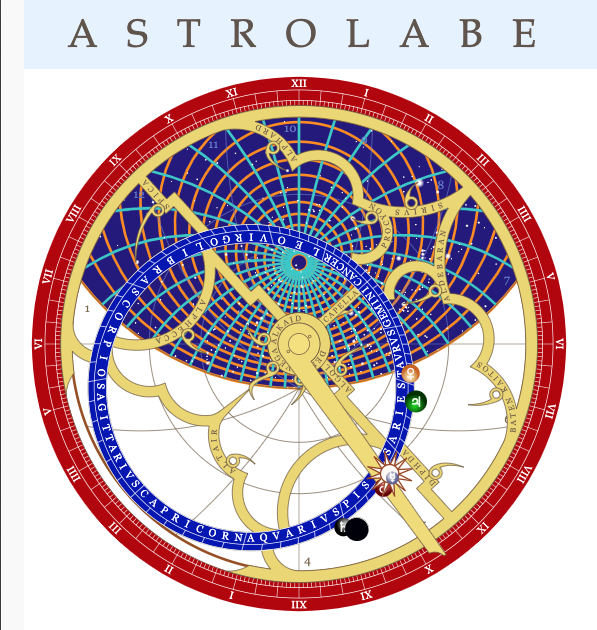