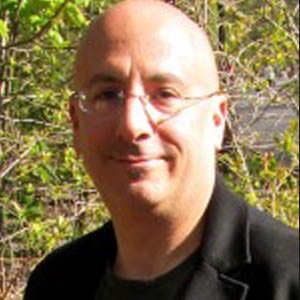 Armand’s approach to astrology is informed by his extensive work in the evolution of consciousness and a broad knowledge of ancient and modern spiritual traditions. He also reaches beyond astrology with both Tarot and the I Ching,. Although a sunny Leo, his Scorpio ascendant isn’t afraid to tackle the tough issues, as reflected in his most recent book, Separating Aspects: the Astrology of Breakups, Divorce, and Other Partings, the result of years of delving into difficult territory with clients.

Classes, workshops and presentations with Armand

Poor Mars. The planet of war is having a hard time of it. After a stay in particularistic Virgo, he now has to mind his manners in elegant Libra. Neither sign encourages Mars’ impulsive, action-oriented nature, and he must be itching to get to his second home, Scorpio, for [...]

Mars took large strides through the last degree of Leo, squaring Ceres and opposing Jupiter from 29 degrees of the sign of the lion. In the anaretic degree of a Fire sign, Mars was intent on stoking up controversy on the collective and personal levels. But on 29 July, the [...]

Mars took large strides through the last degree of Leo, squaring Ceres and opposing Jupiter from 29 degrees of the sign of the lion. In the anaretic degree of a Fire sign, Mars was intent on stoking up controversy on the collective and personal levels. But on 29 July, the [...]

Give Mars a task, and he’s happy. The god of war likes to have something to do, and he’s content to play offense or defense… generally. In the Moon’s home sign of Cancer, the vibe is a little too protective and security-oriented for Mars’ taste, yet not as overtly reactive [...]

Cosmic Warrior Mars strides into Gemini on March 3rd, staying until the third week in April. In Mercury’s home sign, Mars gets a lot accomplished through verbalizing rather that physical action, but the somewhat flexible – not to say duplicitous – nature of Gemini isn’t necessarily what you want for [...]

After an extended stay in his home sign of Aries, Mars moves into Taurus on 6 January, staying until 3 March. In the sign of the bull, Mars shows his more sexual side, and he also helps us to put our plans into action in concrete ways. It’s a good [...]

Approaching Astrology in the 21st Century

We’re going to have to get heady if we really want to understand the astrological phenomenon When I tell people that I am an astrologer, I get a range of reactions, from bemusement and even anger at one pole, to excited enthusiasm at the other. Many people seem to wonder [...]